This is Just Stupid

"This is just stupid."

Those are the words I uttered to myself not five minutes ago. That's the theme for the weight loss. This. Is just. STUPID.

I'll tell you what's stupid. In fact, you probably already know. If you're reading this, you may have found me while searching for weight loss blogs, meaning you deal with this nonsense every day. If you're here because you're a slender friend who decided to read about my journey, maybe you deal with some of this too. Either way, welcome.

-Worrying about finding a seat at the movie theatre with a moveable armrest and then doing the musical chair dance to ensure you end up in that seat, with nobody to your left (or right as the case may be), without being obvious about it because you don't want them to know you want it because you're too fat to fit between the armrests. Since movie chairs are designed for fatties, not fitting means you're superfat. Side note: if your boyfriend ends up next to the armrest you want to move, move it and make up something like, "I want to snuggle."

-Paying for two seats on an airplane. I don't think the policy is stupid. What's stupid is being the size of two people, hence needing two seats. This also means I can't travel anywhere without coughing up $600-700.

-Going to Chicago with your boyfriend and crying because you don't fit in the seat at Wrigley Field, meaning you have to stand in the back through the entire game. Later, you won't fit into the seats at the planetarium. This results in a meltdown because you are too scared to go anywhere else for fear you won't fit. Also, huffing and puffing your way up the subway steps. Or better yet, having to sit down every half-hour while touring museums because your feet are tired of supporting your weight. The best? Not being able to fit in the patio seating at a restaurant, so you have to wait an hour for a booth (also tight).

-Not being able to pull yourself out of the pool because you got used to being weightless, and now your arms and legs can't shove you out of the water.

-Postponing getting out of the recliner for a drink or food or a bathroom break for as long as possible because you can't stand the pain in your knees when you get up. Then, you collapse back into the recliner immediately after you take care of whatever need you required, as if you just ran a marathon or something.

-Doing laundry on the last possible day (i.e. running out of socks or underwear) because you can't stand going up and down three flights of stairs.

-Driving two blocks to your favorite restaurant under the pretense, "It's too cold outside," instead of admitting to your boyfriend you're too embarrassed to walk with him. Why are you too embarrassed? Because even though he won't admit it, he has to slow his pace by 50% to allow you to waddle along next to him. This makes you feel like an invalid, which makes you feel ashamed. You're only 35, for crying out loud. 80-year olds can out-pace you. That's not right.

So how did I come to the, "This is just stupid," realization? Was it sudden? Hell no. I've been sad about all of these things for years. YEARS. What got me off my ass, what made me stop postponing those trips to the Y (I've had a membership for three months and have gone once), what made me say, "ENOUGH," was a comment my boyfriend made tonight.

Tonight was our two-year anniversary. I was heavy when he met me, so there was no surprise there. I wasn't THIS heavy, though. When he met me, I weighed 314 pounds. Now I'm 356 pounds. Those forty-one pounds have meant the difference between being able to walk for miles, go up and down stairs without issues, fit in movie theatre seats without issues, and get up without my knees screaming. It's amazing what a difference forty-one pounds can make.

Anyway, we went to dinner at one of our favorite restaurants, Comensoli's. We were chatting and laughing as usual. Near the end of the meal, he stretched and patted his belly. His shirt almost raised up over his belly, and I joked that he was about to give the restaurant a show. He said, "Oh my gosh. R did that at work today. You remember R, right? He's bigger than you, and his shirt came up while he was stretching in his chair, and I was just oh-my-god."

I laughed it off, but I was dying inside. He'd said it like someone was actually bigger than ME. He'd used ME as a size comparison. He'd never done that before, ever, and I wasn't sure if he'd even realized it. I felt like a circus freak.

I brought it up when we got home. He apologized right away and said he realized it sounded bad when he said it, but he didn't want to talk about it and make me feel worse, maybe I hadn't noticed, etc. Even though he apologized, I still couldn't ignore that slip. While tired or full from dinner or a little bit of both, his subconscious had leaked the way he feels when he sees me. He never lets me put myself down, and he calls me cute and cuddles me and tells me he loves me, but all of that security fell away when I heard him say, "He's bigger than YOU."

Living like this? Hiding from people? Eating to make myself feel better, which in turn makes me feel worse?

Ridiculous. It needs to stop.

I know food is an addiction. I know why I overeat. I know why it's so hard for me to exercise every day, even though (honestly) I LOVE exercising. I know this won't be all unicorns and rainbows. I'm just so tired of being... well... stupid.
Posted by Sarah at 1:48 AM 2 comments: Links to this post

I'm going to back-date this so it doesn't pop up in everyone's feed. If it does show up, sorry. ;)

I'll never be able to keep track of these if I don't post the lists here.

Ride every line of the Chicago 'L' from end-to-end 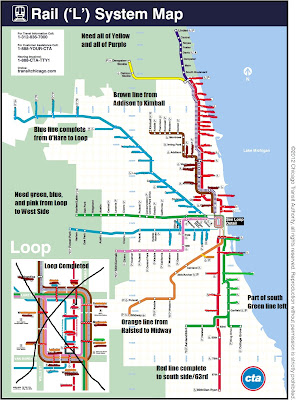 12 Angry Men
Schindler's List
One Flew Over the Cuckoo's Nest
Inception
The Dark Knight Rises
City of God
It's a Wonderful Life
Sunset Blvd.
Memento
City Lights
Citizen Kane
Toy Story 3
Vertigo
The Avengers
The Lives of Others
Cinema Paradiso
L.A. Confidential
Some Like It Hot
Metropolis
All About Eve
Raging Bull
Unforgiven
The Apartment
Batman Begins
Up
The Maltese Falcon
Strangers on a Train
It Happened One Night
Notorious
Into the Wild
Dial M for Murder
The Graduate
Who's Afraid of Virginia Woolf?
Howl's Moving Castle
District 9
Rocky
The Diving Bell and the Butterfly
A Streetcar Named Desire
Roman Holiday
Harvey
Shadow of a Doubt
In the Name of the Father
Mystic River
Let the Right One In
Shutter Island
In the Heat of the Night
The Searchers
Ed Wood
His Girl Friday
The Philadelphia Story
Posted by Sarah at 3:59 PM No comments: Links to this post