I don't have any good photos of me standing up at 357 pounds. Boooooo. I do have a few photos, but it's hard to see what I look like (for comparison's sake) since I'm sitting down in all of them. I spent most of that time period hiding from cameras. Now I wish I hadn't. I was in such a deep depression, though. How could I possibly think I'd want those pictures some day?

Fortunately, I managed to get a good picture of my face, thanks to a new haircut in late November, 2011.

(Update: I do have pictures! See the photos at the bottom. I'd hidden these from myself and found them last weekend.) 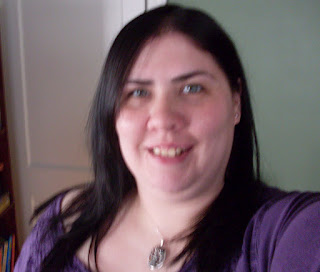 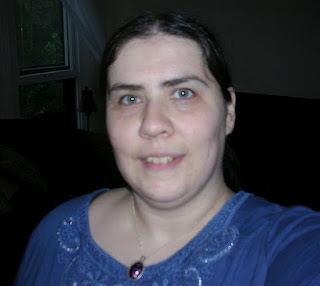 September 10, 2012 - 321 pounds.
Lord, that's a bad picture. I didn't have any makeup on, and my hair was reacting to the humidity. I'd love to have my hair straightened again. It was so silky, and the layers were fun!

I took the "before" pictures after doing Turbo Jam one night and feeling like a beast. I realized I could DO THIS, and I vowed to grab the camera every time I lost approximately ten pounds. I'd already lost 13 pounds when these "before" pictures were taken. 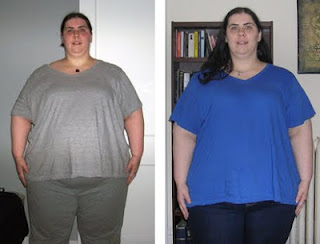 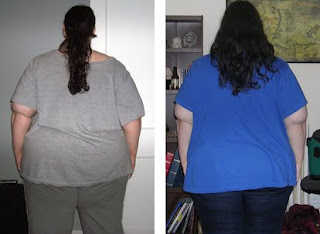 I've lost several inches off each thigh, so I can finally stand with my legs together again instead of waddling around. 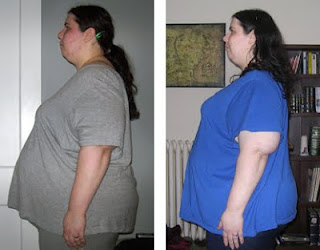 Those shirts are the exact same shirt, just different colors. As you can see, it's almost laying flat on my stomach. It only sticks out a little bit. I can't get over how big my belly was in the "before" picture! I look like I'm about to give birth.

You can also see the loss in the thigh again (sorta), and if my hair had been pulled back, the loss around my neck and shoulders would be more obvious. I can tell my cheeks are thinner too. 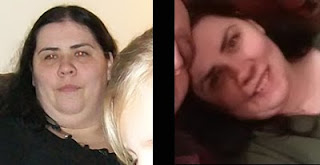 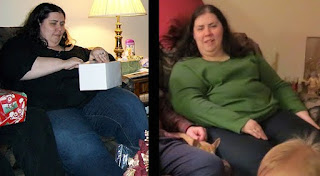